Resistance Against The Elite 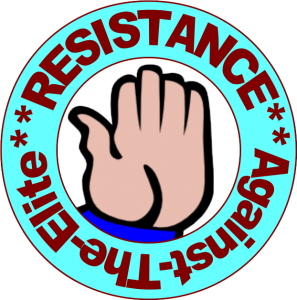 The Kingdom of Heaven wages war in the spiritual realm against the Kingdom of Darkness. We are in the army of the King whether we like is or not. That means we are constantly at war.

Governments are superseding the rule of law

“The UK Critic Magazine interviewed several experts who have explained how the actions of governments have superseded the rule of law. Lord Sumption (a former UK supreme court justice), stated that police “had no business doing anything in a national crisis except enforcing the law. They are not there to give effect to their own views on what a national crisis might require or to give effect to what a prime minister’s views might require in a crisis. They are citizens in uniform who should apply the law and nothing else.”
READ THE ARTICLE HERE

Know your legal rights under all the laws governing our nation, not the new Left-wing, Cancel Culture ones which governments are introducing in contravention of existing, higher laws such as Commonwealth laws from the Crown.
* www.knowyourrightsgroup.com.au
* ‘STRAWMAN’

Left-wing politicians want to bend reality to suit their agenda of destroying our society.
ANDREW HASTIE REPORTS FROM PARLIAMENT

EXPOSED
The ‘Out Of The Shadows’ documentary lifts the mask on how the mainstream media & Hollywood manipulate & control the masses by spreading propaganda throughout their content. Our goal is to wake up the general public by shedding light on how we all have been lied to & brainwashed by a hidden enemy with a sinister agenda.

“Who Really Owns The Reserve Bank of Australia” –

“Thinking for ourselves — precious and threatened” (Henry Ergas) –

VIDEO: David Icke talks about the elite’s use of global problems to change the economic systems of the world and bring in a ‘Hunger Games’ society where we are controlled by a tiny number of ultra rich technocrats.

AUDIO: David Icke talks at length about the elite’s use of global problems such as COVID-19 to bring humanity under their control.

How the globalists are manipulating the West

Peta Credlin interviews Greg Sherdan, foreign affairs journalist and the foreign editor of The Australian newspaper. The effect in Western culture of the 1970s that lead to our individuality distrust of authority and its impact on the CCP virus pandemic. [INTERVIEW LOCATION – 35:18-44:18]

The Rockerfeller Foundation’s plans for a global ‘flu pandemic so that population management can be brought in without resistance and the introduction of personal surveillance via technology.

Top Doctor (Dr. Shiva) EXPOSES EVERYTHING The Deep State is trying to hide about coronavirus

UN Agenda 21/Sustainable Development is the action plan to inventory and control all land, all water, all minerals, all plants, all animals, all construction, all means of production, all information, all energy, and all human beings in the world.

What is it? LINK

THE UN’s 2030 AGENDA FOR SUSTAINABLE DEVELOPMENT

What you need to know about it’s push for controlling the peoples of the Earth, their population numbers and their resources through the sustainability movement

What it’s really all about: Population control –

Agenda 2030: The Next “Great Leap Forward”: Behind the Deep State –

The ‘Greenie’ Report “Surviving and Thriving in the 21st Century”

The report ‘Surviving and Thriving in the 21st Century’ was published on 24th April 2020 by the Commission for the Human Future. It identifies 10 potentially catastrophic threats to human survival from their worldview’s perspective. These risks in no particular order are:

A voluntary initiative based on business CEO commitments to implement universal sustainability principles and to support UN goals. In other words “Corporate Sustainability in the World Economy”.

Their 10 Principles for global sustainability:  LINK

The plan that was to kill three billion people by the year 2000. An initiative of Zero Population Growth proponents.

“Depopulation of a Planet – Thinning Out The ‘Useless Eaters'”:  LINK